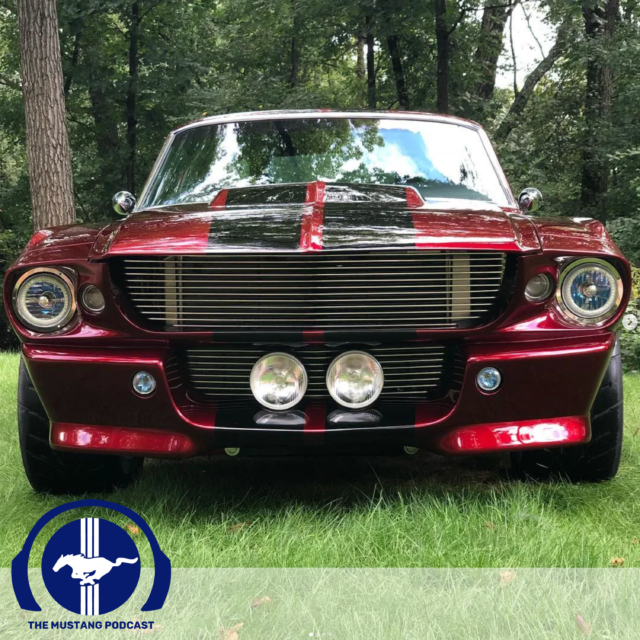 When it comes to Classic Mustangs we don’t usually talk about high tech words like going viral, but our guests today Josh and Mike Michels have flipped the script, at least for us. The build, a 1968 Mustang fastback is aptly named AmeriKANDY and on my Instagram page, as of the recording of this episode, has gotten nearly 820,000 views, nearly three times the amount of my second most popular post.

About the shop: Michels Auto Design was founded by a Father and Son duo, Mike & Josh, who have an immense drive to create the most unique and highest quality restorations. Michels Auto Design’s first restoration was a 1970 Boss 302 in 1979. Mike purchased this car when he was 14 years old and began the process of teaching himself the many skill sets necessary to restore, design, and build a car. The Boss 302 underwent a 4 year award winning restoration which solidified Mikes passion and skill set for the industry. Throughout the years Mike always had a passion to build cars but was always told he needed to become an engineer. He went on to become an electrical and mechanical engineer and gained experience in the corporate world for 25 years. Following through hard work, long hours, and dedication he became the President and CEO of companies and led them through significant growth. Even with this success he started to build cars and eventually decided to leave the corporate world to follow his dream. He decided to build a 1966 Cobra Replica. This was when Josh first started to get his love for cars. 6 at the time, Josh would love to help out his Dad in the garage and play with the tools and cars. It wasn’t until 7 years later when Josh would be 13 that he decided to buy his first car, a 1980 Jeep CJ7. During this 2 1/2 year restoration Mike would teach Josh the needed work ethic and skills to build and restore cars. With Mike seeing Josh’s love for cars he knew the time was right to follow his dream. The next two restorations were a Jeep that Josh did and a Mustang Restomod done by Mike. Then they both did custom broncos and officially Michels Auto Design was born allowing the Father and Son duo to follow their dreams.

Built ours 4 years ago

A favorite pic of your Mustang

I own a custom car building shop with my dad, Mike, who will be joining me on the podcast

Have an idea for a guest for the show? Reach out to me directly: