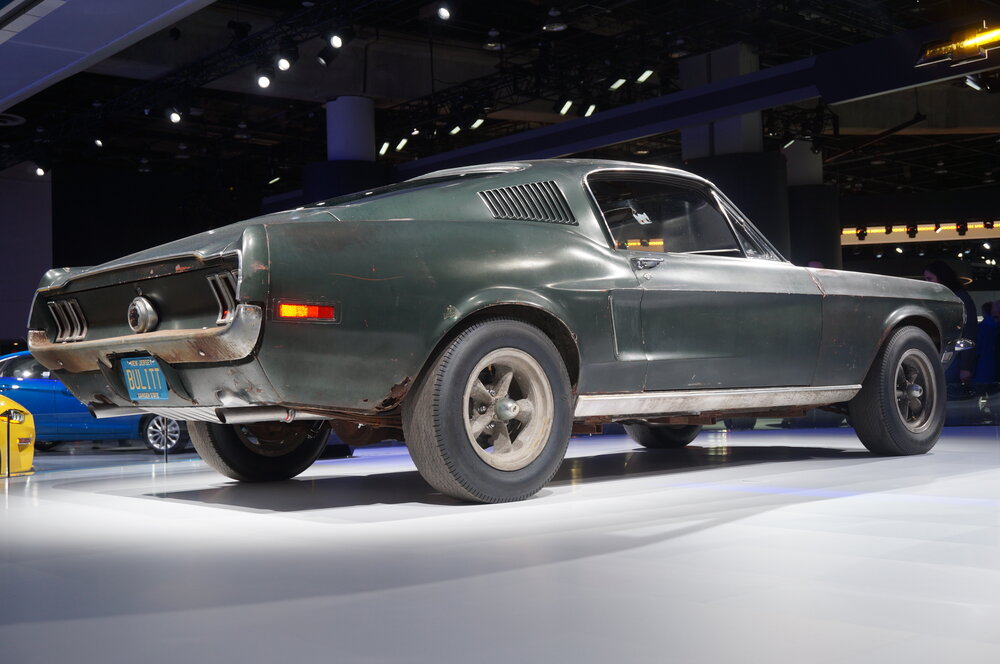 Today will be epic, for several reasons. First of all we are talking about our favorite subject, Ford Mustang. Second, today is a panel conversation with true Bullitt experts Sean Kiernan, Brad Bowling, Kevin Marti, Tony Alonso and Ken Horstmann. Today our goal is to raise awareness of the link between the modern Mustang Bullitts and the original 50+ year old movie cars. Welcome to Ford Mustang, The Early Years Podcast

I co-authored a book with a former Team Mustang engineer on the development of the 2001 Bullitt and 2003-04 Mach 1 Mustangs called “Engineer + Enthusiast = Excitement.” I’ve solo authored a book on the evolution of the three Mustang Bullitt models titled “Mustang Bullitt – Generations.” For that book, Brad Bowling and Kevin Marti, Mustang author and expert, respectively, wrote a supplement called “Bullitt Time.” “Bullitt Time” is about the original 1968 movie cars. This publication was bundled with my book in what I call the expanded edition.

I’d really like to give listeners a chance to learn about the history of how these cars came to light after almost 50 years of being out of the limelight, and how they influenced the modern cars made in tribute to them. Also, the former owner of the movie car called “559” (which is the last 3 digits of the VIN), Sean Kiernan, is available to participate. He also has been working Ken Hortsmann, a movie producer, on a separate project called “Little Pieces”. “Bullitt Time” cross promotes “Little Pieces” on its back cover. Both Brad Bowling and Kevin Marti were interviewed for “Little Pieces”. That is being planned as a multi-part movie available on a streaming service.  I am trying to raise awareness of the link between the modern Mustang Bullitts and the original movie cars through these connections.

If you are on social media, please share your social media names/handles so we can tag you when promoting your episode.: