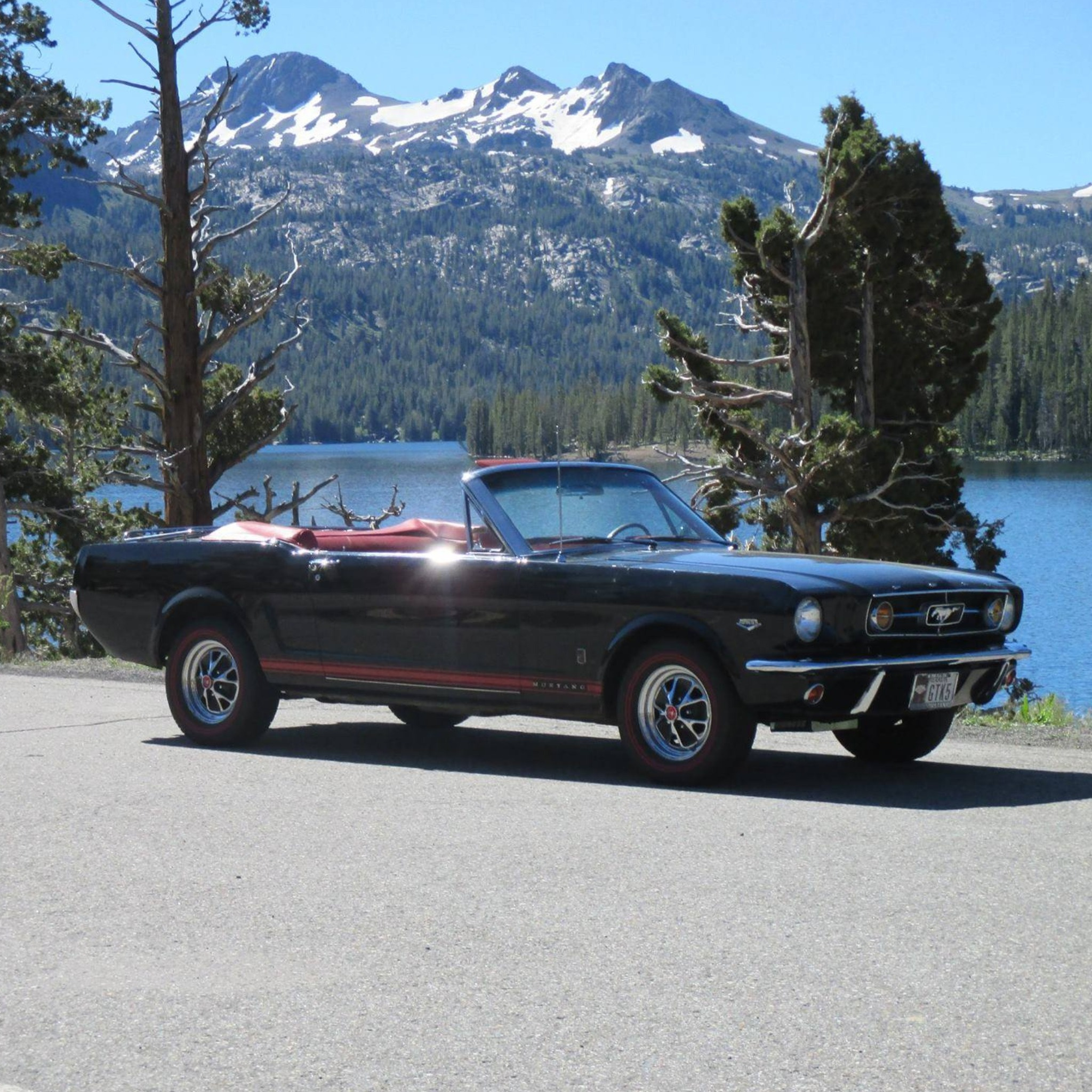 Welcome to Ford Mustang, The Early Years Podcast. Today, we take a trip back in time. Chapters 1 and 2 in this six chapter series. Everyone featured in this series is currently in possession of their 1st gen Mustang and has either been the original owner or their Mustang has been in their family since the day it rolled fresh off the showroom floor. Today, Jeff Hayes and Joe Ferretti discuss their stories.

I named the car “RidgeRunner” back in the 60’s up until today as we own property in the Sierras since 1902 and the car always ran on Radial Tires after 1970 and I loved/we love to take it on those mountain winding roads along the Sierra Crest from our cabin at Sierra City to home to Carson Pass to the motherlode towns along CA Highway 49 from 4-8500 feet.

Thanks for the interview–I get sidetracked as the car is so connected to my Dad, My Job w/JPM, my Kids, and My High school sweetheart, now wife of near 22 years. She recognized my car at a gas station at South Lake Tahoe in 1997, saying “I used to date a guy in High School had a car just like that… is that a 65?” then she lowered her sunglasses and wow–there she was; my first love… I was in love with her all over again though I admit she made me court her (she had an “on the rocks” boyfriend at the time and I’d just went thru my 4th divorce). That is another reason the car means so much to not just me–but to her.

Back when I started to go to High School in my new Mustang in May 1965–our High School, Woodside High School, San Mateo County Calif, covered the widest area in the United States–it also covered the richest area in the US. Our parking lot was the largest high school student parking lot in the country at over 800 cars and was near full by [7:35] AM. Most of us outliers had to drive to school, and take others with us–

You asked if my new 1965 Mustang GT Convertible “caused a stir when I got it” well it was ‘dwarfed’ by the 426 Hemis, the Porches, Corvettes, GTO’s Mustangs…. we even had some Cobras, Ferraris,’ Maseratis–half all the cars were new and Convertibles as we had a perfect “Mediterranean” climate in the Woodside, Atherton, Menlo Park, Sharon Heights, Los Altos and Portola Valley area where I grew up and our school drew 2200 students from–a 3.75 got you into Stanford; a 3.5 Cal Berkeley–no questions asked.

I was excited about the car–my friends and tennis team and gas station workers were too, but born on Feb 6, 1950 by May 1965 most my friends all had hot cars too.

As Sophomores we all had Drivers Ed and most had Permits by our 15th Birthdays–I had a Work-Study job at Sharon Heights Shell (101 octane was 36 cents a gallon) and with Work Study and Deans List I had a provisional license for work, and after school Varsity Tennis in Spring; I could only drive alone until Feb 6 1966 at 16, I had a motorcycle too, and after my Dad passed away on Feb 13th 1966, I also had his 1964 Pontiac Tempest GTO Convertible to drive; and I did drive the GTO much more until I had to sell it (or the Mustang) in fall 1974  as I finished Grad School at Stanford that Spring, took that Summer off then went to work for JPMorgan on my Grandfathers ticket (he was friends with and worked with Rockefeller until he retired when I was born).

Now that rounds it all out–and covers you questions. Thanks, “JC” Jeff Hayes.

If you are a buyer looking for a dream car or a seller that has a classic pony for sale head over to http://www.TheMustangPodcast.com/marketplace and share your dream, we will match buyers and sellers.