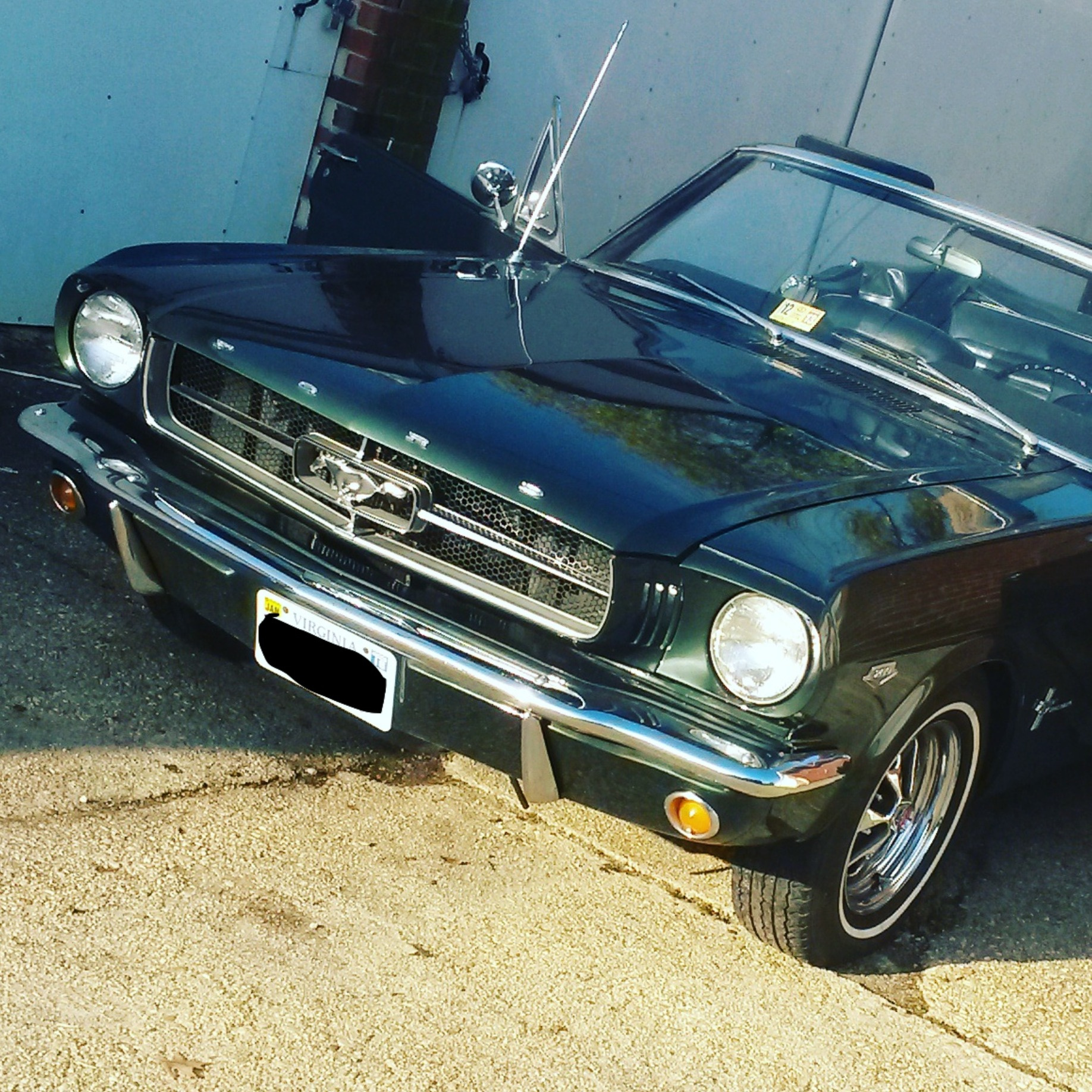 Every once in a while you run into a great story, and today is a great story. It’s the story of David Stewart, a K-Code Mustang owner that got the car from his dad, who got the Mustang in the late 80’s. Today’s episode shares the journey David took to  ownership and his love affair with his dad’s Mustang.

What do you do for a living and is it related to classic cars or Mustangs?:

My career is not really related to cars in any way. I am a city planner, whose main responsibility is to facilitate the development process and solve land use issues.

If you own a Mustang or classic car, have you named your car? If so, what is his/her name?:

Ellen. She’s named in memory after one of my best friends grandmother, who always drove convertibles.

How long have you owned your classic ride?:

My K-code Mustang is fairly high mileage. But back around 1997 my father had the engine pulled and rebuilt after a small crash; and at the time he went with roller rockers and a Pertronix distributor, and installed front disc brakes with an aftermarket brake booster. It was a not a GT, so at that point it still had the standard drum brakes. Basically, the first owner ordered a K-code convertible with none of the a la carte options. Base interior. Base wheels. Base radio. When I bought the car from my family in 2014, it had been sitting for almost 15 years. I found a mechanic I trusted (which took a long search), and we started digging into the car. New gas tank and lines. Replaced the brake booster and lines while installing a dual master cylinder system. Rebuilt the clutch. Rebuilt the carburetor. Replaced the water pump. Went back to an original style dual point distributor. And finally, after begging my father for decades to upgrade the wheels, I bought reproduction styled steel wheels. Truthfully since all of that work four years ago, it’s been the most reliable car I own. The are only a few pieces that are not stock or at least period correct. The dual master cylinder system is one, and the 1968 mustang front seats custom covered to look 1965 seats is another.  That was his idea for extra comfort. And the radio is new, with a single 3-way oval speaker in the dash.

Do you work on your classic cars yourself or do you have a mechanic or shop do the work?

I don’t work on the car myself. When I lived in Richmond, Virginia and wanted to bring the ’65 back to road worthy condition, I looked hard for a mechanic that I could trust. Word of mouth slowly took me from one shop to another, and my gut feeling said to keep searching. Finally I was introduced to Don of Mustang Don’s Garage. I haven’t told him I would give him a shout out, so I hope he doesn’t mind. But Don knows Mustangs better than any mechanic I’ve ever known, and is a pleasure to work with as well.

I love where this car fits on the scale of original vs. modified. It has a few upgrades for comfort and safety, but otherwise is purely from 1965. Honestly with a numbers matching K-code, you don’t want to do too much. One thing I have considered trying is a heavy duty or Z spec T5, which can be swapped with the toploader fairly easy. An overdrive would really be an amazing thing on the occasional long drive. Other than typical wear and tear, I don’t plan to make many other changes.

Have an idea for the show or think you’d make a great guest, send an email to the host: doug@turnkeypodcast.com

Keep it safe, keep in rollin’ and keep it on the road! Until next time.