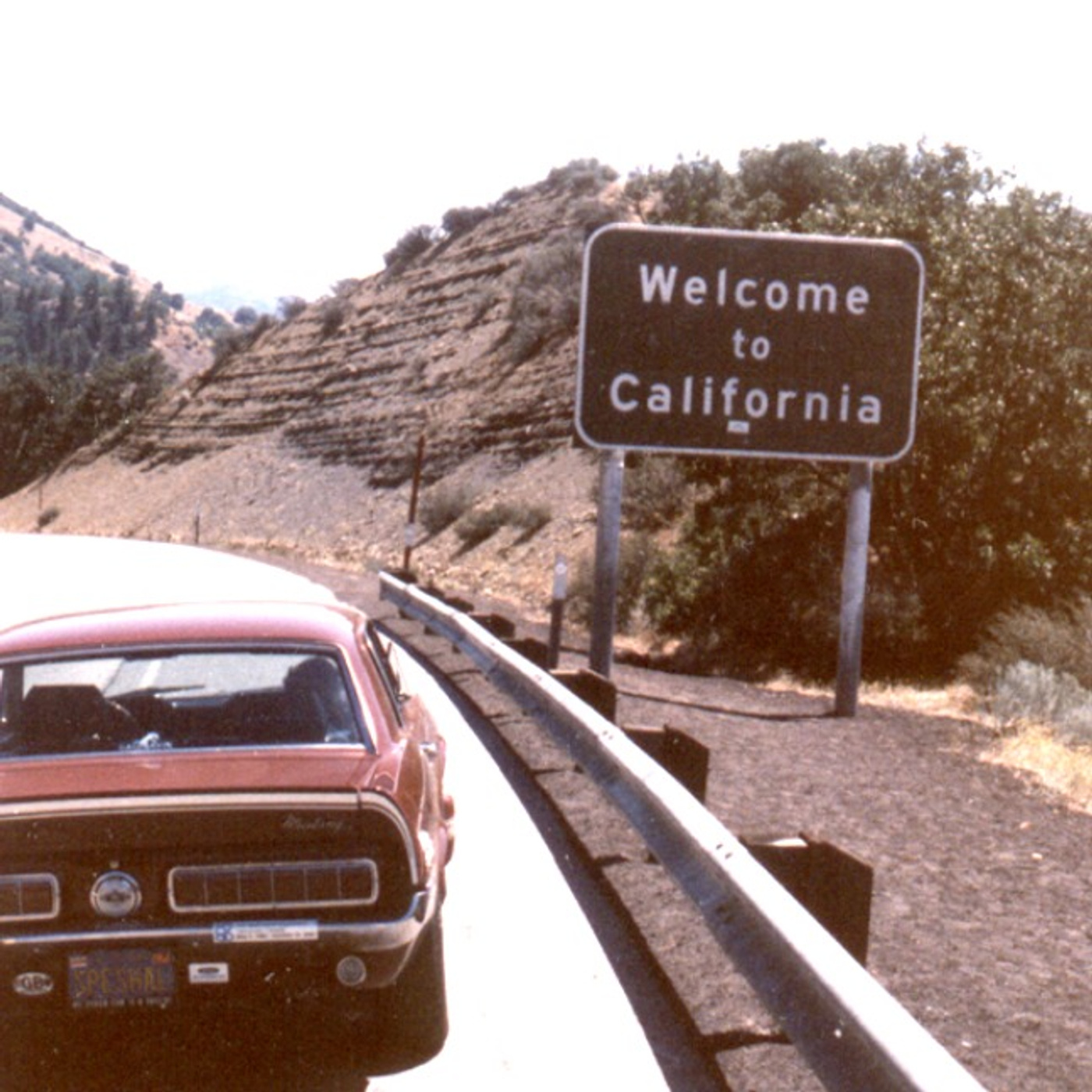 Paul Newitt grew up in the small town of Dixon, California, where his next-door neighbor ran the local Ford car dealership. Every fall during the 1960s, he would drive home a brand-new Ford for the kids on the block to look over. One time, in the spring of 1968, they drove home a new 1968 Mustang GT/CS. This would change things forever..and Paul would have his own 1968 GT/CS Paul went on to graduate from the University of California, Davis with a Bachelor’s degree in Design. In 1980, he moved to Southern California and began work in graphic design, photography and writing several Mustang parts catalogs, including a 1930s-themed Model A parts catalog that quickly became popular nationwide. In 1985 Paul began researching the history of the Mustang GT/CS. It took three years to compile the data from a few hundred cars he’d found for his registry, and to talk with the people that created, designed and produced the GT/CS at Ford. This led to his first 68 -page book on the GT/CS in 1989 that quickly sold out. That popularity would encourage Ford to bring back the GT/CS in 2007. In 2008 Paul was awarded the Lee Iacocca award in Los Angeles for his work with the Ford Mustang, and that same year, Paul began work on his hardbound collector edition of the “GT/CS Recognition Guide” which was published in 2011.

WHAT DO YOU DO FOR A LIVING AND IS IT RELATED TO CLASSIC CARS OR MUSTANGS?

I am a freelance designer, writer and photographer for not only Mustang books, but hobby “how-to” books on scale modeling. I also do graphic design and book design. A few of my props have appeared on popular TV shows.

IS THERE ANYTHING SPECIFIC YOU WOULD LIKE TO SHARE ON THE SHOW? IF YOU ARE IN THE CLASSIC CAR BUSINESS (SELLING, REPAIRING, RESTORING, PRODUCTS OR SERVICES PROVIDED TO OWNERS) WHAT CAN WE PROMOTE ON THE SHOW TO OUR COMMUNITY OF MUSTANG OWNERS?

I would like to talk about the Mustang owner experience, not only about driving (myself, 400,000 miles), but how to be resourceful for a long-term ownership of the car. The Mustang evokes great pride and passion, and that’s what I like to talk about.

IF YOU OWN A MUSTANG OR CLASSIC CAR, HAVE YOU NAMED YOUR CAR? IF SO, WHAT IS HIS/HER NAME?

HOW LONG HAVE YOU OWNED YOUR CLASSIC RIDE?

IF YOU’VE MADE IMPROVEMENTS TO YOUR CLASSIC CAR OR RESTORED IT, WHAT WORK HAVE YOU DONE?

Mostly upkeep; I changed the engine twice, and transmission once. The addition of a Cobra intake and Holly 600 did wonders!!

DO YOU WORK ON YOUR CLASSIC CARS YOURSELF OR DO YOU HAVE A MECHANIC OR SHOP DO THE WORK? EXPLAIN PLEASE

When I owned it, I did all my work myself, except for brakes, etc.

WHAT PLANS DO YOU HAVE FOR IMPROVEMENTS/RESTORATION/MODIFICATION OF YOUR CLASSIC CAR?

WHAT ARE YOU PROMOTING?

Reach out to Paul directly pmndesigns@earthlink.net