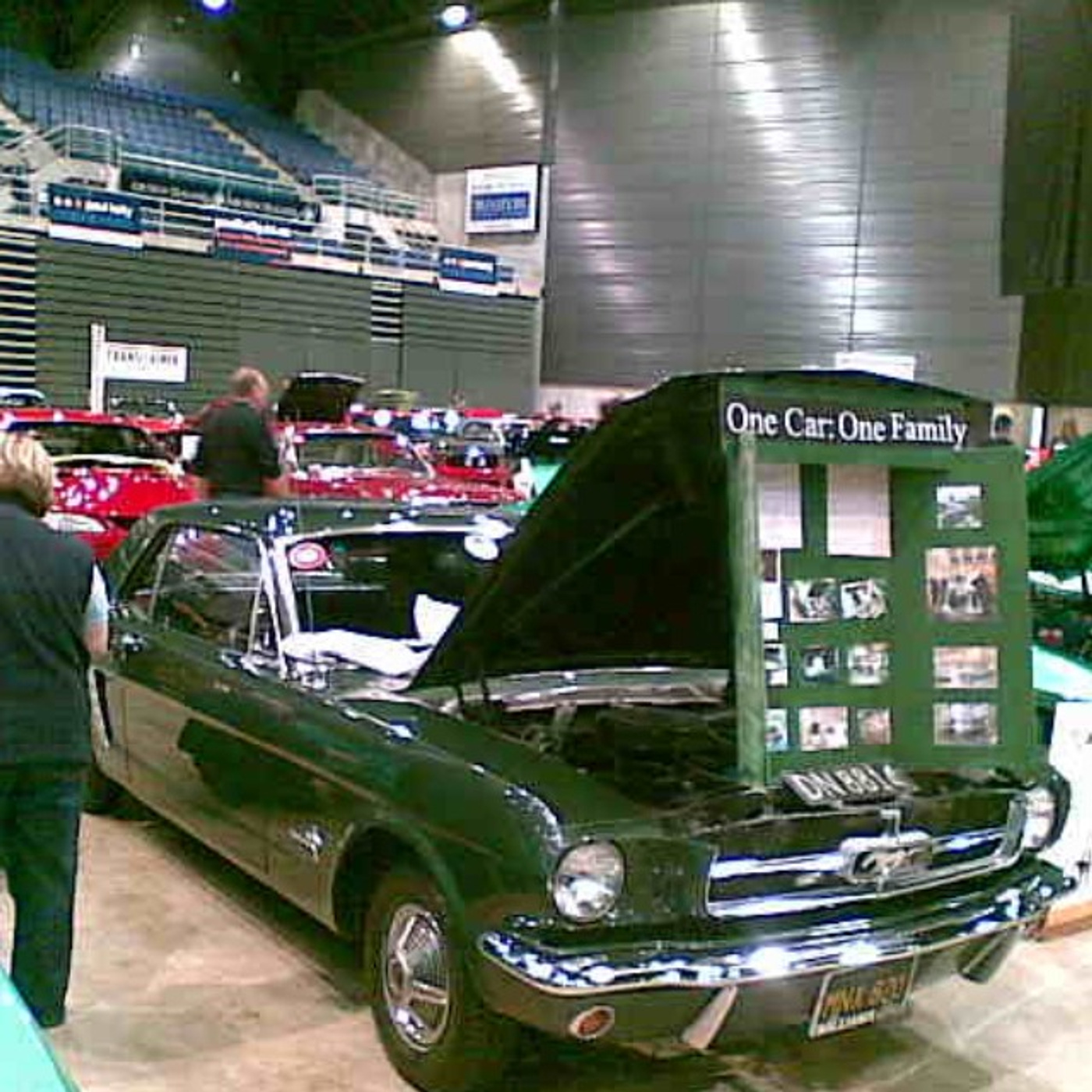 Thank You Ford Mustang 1st generation community, for ranking us in the top 100 of Apple Podcast in the US (#23 and moving higher) and the #1 in several countries. Please tell all your friends and make sure to rate us on Apple Podcasts 5-stars and leave a review as well. We are kicking butt. It was Jan 1965 today’s guest Chris Hince began his love of Mustangs. It wasn’t until that same car purchased by his dad became his prized possession. His parents had several cars on the list of potential buys the day they went to the dealership, Dodge Dart, Ford Falcon and of course the Ford Mustang in the back corner of the lot. The rest is history. Excited to talk some history of “Stang” the family car.

Some of the questions I ask Chris on today’s episode:

Information about today’s guest and any special links will be in the show notes. Have an idea for the show, want your classic Mustang on the cover of our weekly show or think you’d make a great guest, send an email to me: doug@turnkeypodcast.com or check out the website, http://www.TheMustangPodcast.com

On a rainy Sunday (January 31st 1965) New Zealand nationals living in San Fran Cisco Richard (Dick) and Carole Hince went car shopping to replace their aging car. This was to be their first ever “new car”.

On the list was a Dodge Dart and the “Falcon with a fancy top”.

In the back corner of William’s Ford Daly City, Carole spotted a 6 cylinder Ivy green hard top Mustang that was very much to her liking.

After a positive test drive and having been in a friend’s Mustang late the year before, a decision was made.

Dick, as was his style, consulted the price guide he had sourced earlier, and made a “reasonable” offer to the salesman.  The is offer was rebuffed and the couple started to walk away stating that the Dart was next on their list. The Salesman followed them out of the show room and bought them back saying it was a slow day and he would take their stated price.

In the office the Sales man’s face dropped when he enquired about the finance the couple would need, and Dick wrote a cheque for the full amount.  (The sales document reads “Zero Monthly Payments of Zero dollars”).

A year later the couple decided to return to New Zealand to visit with family not seen for over ten years, and in fact to meet each other’s families. An unexpected turn of events saw Carole pregnant with her first child and they decided to raise their family in New Zealand. Richard secured a lecturing role at Canterbury University (his Alma Mater) who offered to help them relocate their belongings back from the USA, including their new car.

The Mustang was pressed into service of the burgeoning family of three boys all born within the next three years.  The youngest of these, Chris, is you narrator.

Time flies by to the mid-90s and the Mustang now unroadworthy but loved was put into storage.

I set out on my overseas adventure with my new wife for half a decade, and returned home in the brand-new century to 2 cars in storage, a decision was made to abandon the Holden Torana and concentrate on the older and more desirable Mustang.

My father and I spent the following 4 years slowly pulling the car to pieces and either repairing or replacing almost every piece. In the day before the Internet (well before it was in our house in any major way) advice was sought from around the country and across the Atlantic via phone, letter, and visits. Many solutions were nutted out sitting on the garage floor.

2004 saw the Mustang venture onto the road for the first time in a decade and a half to join the “Great New Zealand Mustang Run” celebrating 50 years of the Mustang.  After a large number of questioning looks, a fuel blockage saw us on a tow truck headed home.

In his dying days Dad insisted I take ownership of the Mustang.

The Mustang now sits in my garage and is affectionally known as “The Stang”. Not quite a daily driver it is also no show car. We use it we share it. We take it to Rock and Roll festivals every year.  Its not original but does have the original engine, rebuilt only once in 2013 when my father and I stripped it down.

My mum still has a smile whenever she sees the Stang pull up to visit, I’m not sure if the grand kids or the car.